Serving Mobile, Alabama and nearby areas

Featured in “The Best English Cottage Home Builders in the US”

Randy offers the firm’s clients nearly five decades of onsite experience and maintains a highly hands-on approach throughout the entire process. Unlike most firms, Randy Broadway employs a full-time staff of skilled carpenters and painters manned by a team with a collective experience of over 150 years. The firm mostly limits its projects to three on-going homes at a time, typically based on location and size. This careful approach ensures that each project it takes on receives the utmost attention it deserves.

Read the full article at HomeBuilderDigest.com 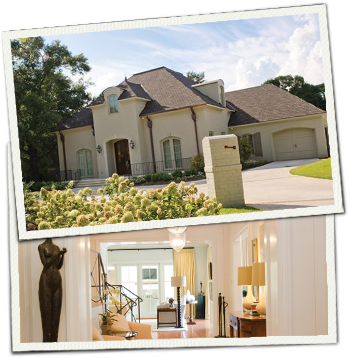 With the decision to move from their home of 20 years and raising five children, the Campbells had Randy Broadway build an elegant home near the Country Club of Mobile.

The home was built to allow natural light to fill the main living spaces. The styling of the French doors in the living room and kitchen bring the outdoors in, and each room opens to an outdoor patio. The home is very welcoming and shares a warm, comfortable feeling.

Read the full story at MobileBayMag.com 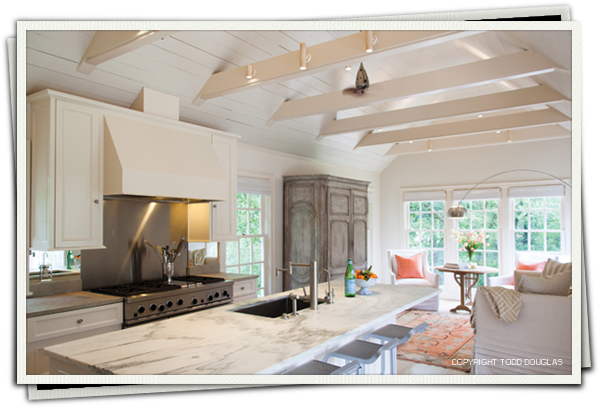 Imagine being the owner of a home staring back at you from the cover of Mobile Bay Magazine. It’s a great feeling. Just ask the Waite family of Spring Hill. After falling in love, starting a family and finding the home of their dreams, Nicole Waite heard of a recently renovated Cape Cod manor for sale and decided to take a look. What Nicole and husband Dean found was the exact home they’d discussed building themselves, so it made perfect sense to buy this one.

After a year of tailoring their home to the Waites specifics and styles, they couldn’t be more thrilled with the outcome. In the photo above, is the modern kitchen that Randy Broadway created, featuring marble counter tops, stainless steel appliances, sleek fans and fine lines. Nicole is an avid cook, which has been handed down to her by her Wisconsin-native grandmother, a big baker, and her Louisiana grandmother who was a genius when it came to preparing seafood.

Read the story in its entirety at MobileBayMag.com 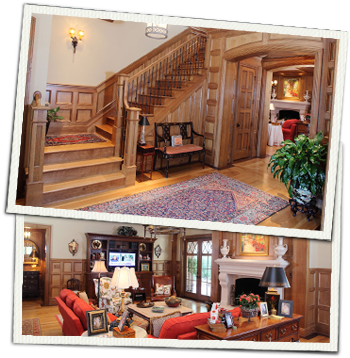 Mobile architect Craig Roberts says the English Tudor in Spring Hill is the most detailed out of all the homes he’s designed over the years. “The thing that sticks with people is all the details,” the homeowner says. “I love everything he did.”

Construction began in 2008 by Randy Broadway and was finished in 2010. The homeowners absolutely rave about Randy Broadway’s work. “Randy is a diplomatic communicator and leader. He works alongside employees diligently until each construction detail meets his high standards. We also appreciated his humble nature and quick wit,” the homeowner stated.

Read more about this home built by Randy Broadway

The Most Expensive Homes in Alabama 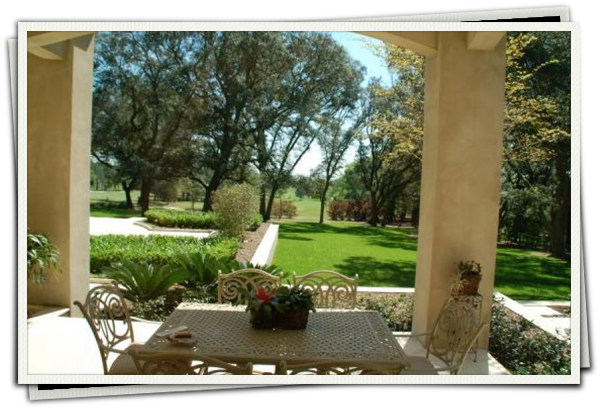 This Spring Hill home graces 3.5 acres on the golf course at Country Club of Mobile, offering a quarter-mile view down to greens below. The approach to the house is regal with its heavy iron gates and fountain fronting the two-story estate. The stucco and cast stone house features a classic architectural style. Rooms are spacious, said Roberts, and the moldings are beautiful.

Read more about this home, built by Randy Broadway, in the full article, The Most Expensive Homes in Alabama 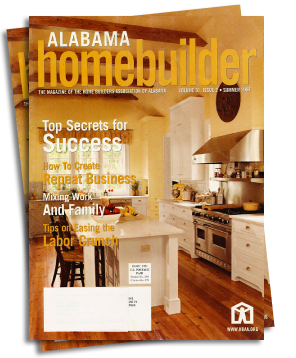 Mobile-area builder Randy Broadway knew he must be doing something right. Dare and Donny Radcliff of The Spring Hill Village asked him to build another home for them – the third in 13 years. But this time, there was a twist – quite a few, actually. 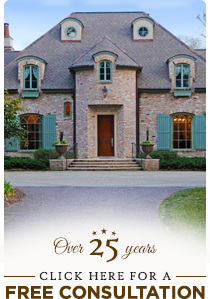 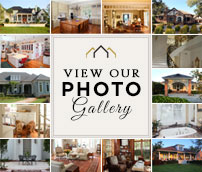 “I am excited to be working with you again. Your thoroughness throughout the bid process and troubleshooting the unusual design details that will make this the most contemporary project of my career reassured me that nothing would go overlooked. If any one else were going to be in charge I’d be nervous, but with you I can relax knowing that my client’s wishes will be carried out in the most professional manner and to the highest standards of construction.”

“I am proud to have worked with Randy for over twenty years and flattered to have my home designs featured on his website. Randy and his crew are gifted with the talent of understanding and interpreting architectural details, eliminating the need for time consuming corrections and his years of experience working with architectural drawings enables him to accurately estimate the cost of projects. I look forward to working with Randy Broadway for many years to come.”

“You are one of the finest contractors I have had the privilege of working with and once again you have shown your dedication to your profession and concern for your client. Your willingness to work so well with architects is rare and greatly admired by my peers and I. Thank you again for your help and above all your commitment to excellence and work of the highest quality. I look forward to the opportunity to work with you again soon.”

“Because we’d worked with Randy and his team on our two other houses, we knew that they’d go way beyond to make it right. They all are expert craftsmen-we’ve seen that for ourselves. And Randy has an eye for detail like none other. He just doesn’t stop until it’s perfect.”